This sculpture consists of 240 laminated letters from Ola Mae Sallie written between 1982 and 2006. She worked briefly as a maid for my family in the late 50s. I was mortified that my working class friends in Fitchburg, MA would think we were "wealthy" and hardly spoke to her. In 1982 I wrote an apology.

She responded immediately, and for the next 24 years, we wrote to each other once a month until she died in 2006. I kept all her letters. The completed tower has an aura of mystery and strength. It's an homage to our enduring relationship and the possibility of reparation. 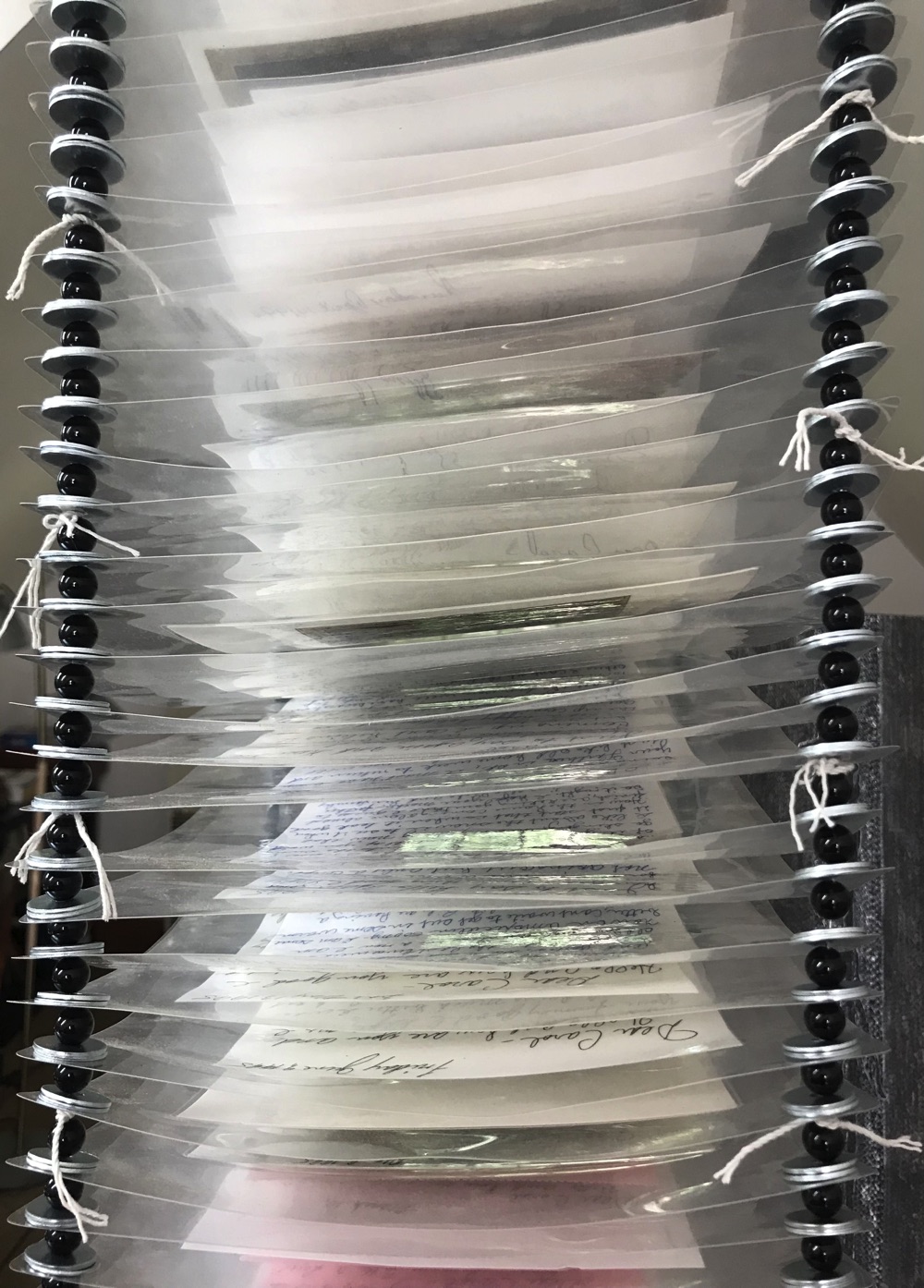