NEWBURYPORT – On the first Thursday evening of each month, the Paula Estey Gallery welcomes the public to a free conversation and gathering focused on issues that impact the community locally and society overall.

The next First Thursday Salon on May 2 from 6 to 8 p.m. at the gallery, located at 3 Harris St., will feature art and activism about gun violence.

Tickets are not needed. Light refreshments will be served, and the talk begins at 7 p.m.

Newbury artist Carol Baum will speak about three series of recent abstract works on display at the gallery, titled “The Measure of Our Faith,” “Run,” and “Target.” Using subtle watercolors and repetitive forms, the art provokes thought about student deaths by gun violence.

“Carol’s work packs a punch and helps us to examine the situation in new ways,” said gallery owner Paula Estey.

Gregory Gibson, a 27-year gun control advocate, lost his son Galen in 1992, the random victim of a school shooting by a fellow student at Simon’s Rock College in Great Barrington.

Gibson wrote a critically acclaimed book, “Gone Boy: A Walkabout,” and was recently featured on National Public Radio’s “StoryCorps,” when he met 25 years later with the man who murdered his son. A five-minute video will be shown May 2 followed by his talk.

“Before Columbine or Sandy Hook or the heartbreaking spate of other school shootings that compel us to reassess our nation’s relationship with firearms, mental health and youth, there was Simon’s Rock. Gregory knows what it’s like for families to deal with sudden, unthinkable loss,” Estey said in a press release. “He helps to make sense in large and small ways of his son’s murder as he advocates for additional gun laws.”

According to Gibson, “Almost since that first moment, it has been my constant prayer to take this most awful of things that could possibly happen and turn it into something good, so that it’s not all just a pure waste and loss.”

Gibson set up The Galen Gibson Fund, which contributes to local educational initiatives and to organizations working to serve victims of gun violence and to promote more stringent gun laws.

For more about the gallery, go to www.paulaesteygallery.com.
Estey can be reached at 978-376-4746 or This email address is being protected from spambots. You need JavaScript enabled to view it.. 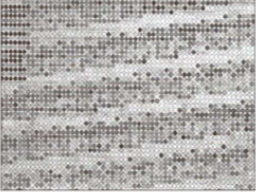 “Target,” one in a series of paintings by Carol Baum on school shootings.

"In L.A., you couldn' t see the stars," recalls Baum, a Massachusetts native who spent 22 years in California before relocating to Newbury in 1994.

"One of the reasons I wanted to move back here is because I couldn' t imagine spending the rest of my life where I couldn' t see the night sky," she said.

Baum's most recent series of paintings, titled seven, was inspired by her love of the outdoors, the night sky and stories of biblical heroines. Executed either in oil or watercolor, the seven series features images of leaves and flowers that Baum encounters during her extensive time outdoors, which she then layers with charts and diagrams of the constellations. Each painting subtly marks time, and through them Baum hopes to make a connection between the natural world and the spiritual realm.

"I want my work to be mysterious and beautiful and interesting, so that is what I am challenged to do," Baum said. And though the paintings are closely tied to the landscape around her, Baum points out that they should not be categorized as traditional landscape paintings.

"I consider it abstract, but it is based on real stars, real flowers and real leaves. I' ve never been a realistic painter; I' m intrigued by feelings and by expressing myself," Baum said.

Baum's interest in constellations began long ago. She began collecting star charts that she cut out of the New York Times and kept in a small box in her studio. While working on a series of paintings about the war in Iraq, she was overlaying paintings of flowers with war planes, but was unhappy with the result. She remembered the box with the images of the night sky, and instantly felt that the stars, and not war planes, had a place in her work. Her series All Vows is what emerged.

As Baum was moving away from the square format of her All Vows paintings into rectangles, she was drawn to the constellation Pleiades, called The Seven Sisters, which in turn led her back to stories she had heard about biblical heroines. She recalled an ancient Druid myth about the veil dividing the living from the dead being thinnest at the end of April and October. Baum then wondered "if the heroines would be more visible at the times my paintings represent".

Though together these themes inform each of the paintings in the seven series, their presence is not overt.

"There are lots of different themes in these paintings," said Baum. "Though the paintings are named after the heroines, there is nothing that would lead you to say 'Oh, this is definitely that' and I like that."

Newbury painter Carol Baum offers a nontraditional take on landscapes in her one-woman show, "All Vows," opening this week in the McCoy Gallery at the Rogers Center for the Arts at Merrimack College in North Andover.
Baum describes her work as a personal iconography of flowers and star constellations in strongly colored oils and watercolors. The 26 paintings on display explore landscapes that feature overlay ground views over a star field for a simultaneous look up and down.
Baum grew up in Beverly Farms and later central Massachusetts, where she developed her love for the natural universe, changing seasons and New England terrain, a connection that continues to be seen in her paintings.
She studied English literature and painting at the University of California at Berkeley and then spent a decade in Europe before settling in Newbury in 1992. Her work has been shown locally at the Firehouse Center for the Arts in Newburyport, as well as elsewhere in the state.
Her exhibit at Merrimack College runs through Nov. 20. An opening reception is Sunday, Oct. 18, from 2 to 4 p.m. Gallery hours are Monday through Friday from 9 a.m. to 5 p.m. Call the gallery at 978-837-5000 or Baum at 978-463-3359 for more.
Sonya Vartabedian

Twelve years ago, Carol Baum constructed a small black box, which she filled with star charts, clipped from The New York Times, and dried flowers fallen from a hibiscus plant. She had clipped the charts hoping to learn the different constellations. She had saved the dried hibiscus hoping to remember a former bush left behind in Santa Monica.

How the flowers and constellations initiated an idea for a painting series is more or less a mystery. Baum has titled this painting series Ali Vows, which consist of twenty-six works in oil and watercolor. Each painting takes place in a particular month. In a style Baum calls expressionist landscape, she paints the flowers that grow in her garden in that month and adds the corresponding constellation of stars seen in the night sky.

Take All Bonds, a painting of May in which azaleas, lilacs, tulips, and iris are in bloom. Baum paints loose shapes giving the outlines of the flowers. In the watercolor versions, the colors are pastels: purple, yellow, and pink. Baum applies paint lightly, in thin, transparent layers. Then she applies the final layer, the black dots that represent the stars cresting the sky, which she creates by using her newspaper clippings.

In all Obligations, Baum focuses on the month of August. Baum paints zinnias, sedum, and hydrangeas. Here the flowers are more compact, except for the hydrangeas, submerged in a background layer. The colors for this month are more fall-like: orange, periwinkle, off-white, salmon, and red.

When using oil paints, Baum's colors burst onto the canvas, contrasting the fragility of the watercolors. The oil paintings in overall size are larger. The images are more vibrant and forceful than their counterparts. On some oil paintings, Baum adds drips from the flowers. The vertical lines of paint add texture and complexity, pleasing to both the eye and mind.

The titles of the paintings neither describe the paintings nor allude to hidden messages. They come from the painter's personal prayers, but are left open to varying interpretations and ways of seeing the universe.