Donald Trump has obliterated democratic norms during his presidency. He attacks women, minorities, and anyone who has the decency to stand up to his assaults. I feel impelled to use my art to respond to his failures and offences. Among Trump’s favorite weapons are his tweets. Every day there’s a new barrage of lies, insults, and conspiracies.  According to an August 10, 2020 Washington Post article, Trump has spent a total of 9 days, 36 hours, and 17 minutes tweeting since taking office. And so I’ve chosen 99 of Trump’s tweets post-inauguration and turned them into an installation I call white house. My white house stands as a metaphor for how the actual White House has been defaced by its current occupant.

The piece consists of four walls 71.25” x 56.5” constructed from sheets of 8.5” x 11” white copy paper. These sheets are hole punched and attached to one another by twine.  Then the four walls are attached to posts sunk into the ground.  Each sheet contains a different tweet handwritten in calligraphy. The sheets are laminated to make them weatherproof. The writing faces the outside, and there is no roof.  Inside the structure is a birdbath, filled with water where birds can splash as the tweets flap in the wind. Visitors are able to walk around white house reading the tweets.

What effect does seeing so many tweets at once, removed from the electronic format, have?  Shocking? Unsettling? Trump has transformed our government with his use of tweets. Now let’s skewer him with his own words! 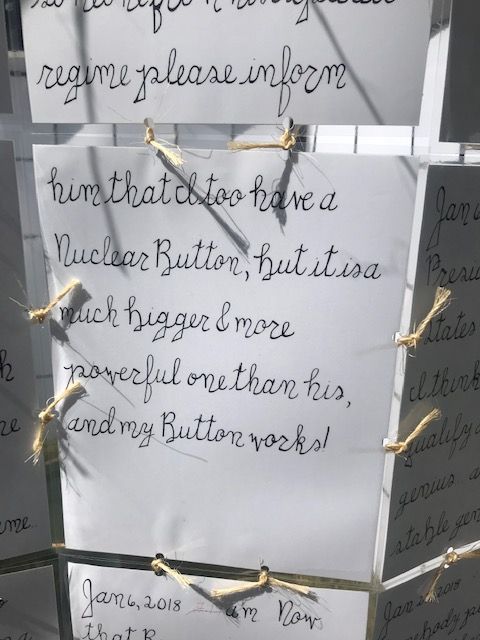 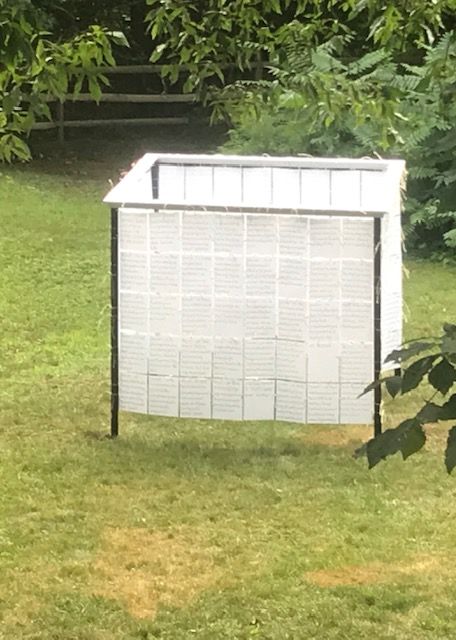 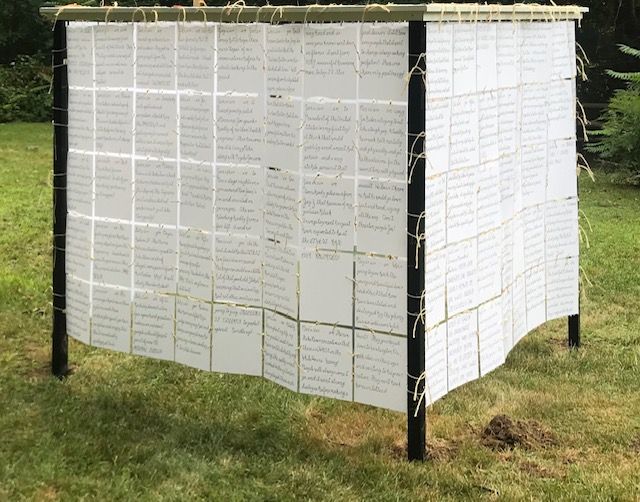